Wind Horse Records to release new single “Africa” from Wilson Costa. This will be the first release of Wind Horse in 2018. 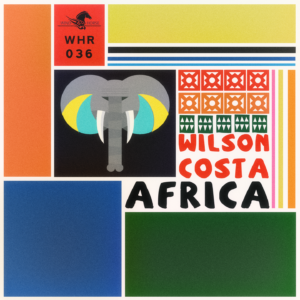 Wilson Costa is a music producer and dj, clarinetist and saxophonist from London. Composition and sound design are what the modern producer aspires to, finding inspiration in the past and using this to create a modern and sophisticated sound, that will work in the clubs as well as for calm moments at home or even on the radio. Parisian producer Wilson Costa has this rare ability to cross these divides.

Wilson discovered his passion for music early on. It all began at music school during his childhood, where he learned musical theory and clarinet, and later the saxophone.

By his early twenties he was working as assistant to a long time French music producer. This gave him ample opportunity to learn more about all the technical side of music production from this veteran of twenty years, and an insight into the disciplines of mainstream commercial music.

Wilson later moved to London and discovered its vibrant multicultural scene, playing in different bars and clubs as a deep house/progressive house dj and saxophonist.

Listen to the track here