Music has always been a part of our society and an integral part of culture. Whether it’s part of ceremonies such as weddings or graduations, of just a way to blow off some steam, it has always paved a strong emotional connection with the human heart. We feel when we listen to music. It can make us sad, happy, excited or nostalgic to name a few emotions. Some might say it’s the lyrical content that moves us, but that theory is out the window when we find ourselves getting the chills listening to a classical Bach piece or even modern day electronic music (which tends to speak to us with sounds instead of words). 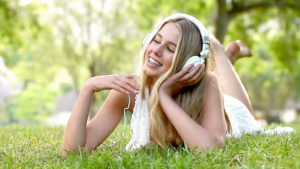 The ancient Greco-Roman culture believed music penetrated both the body and mind, bringing them into equilibrium. In contrast, Europeans of the late 18th century Romantic Era perceived music as a double-edged sword, capable of both curing and causing disorders (Rose & Bartsch, 2009). It is possible that these societies believed music possessed “magical” properties due to its unexplainable yet observable influence on behaviour.

Why we ask, what is this mysterious connection we fall victim to whenever we hear that song that reminds us of an old relationship or a fun vacation with your college friends. Science must have something to say about this. A paper by Nidhya Logeswaran and Joydeep Bhattacharya from the University of London, music even affects how we see visual images. In the experiment they observed that music even alters whether we perceive something as negative or positive. 30 subjects were exposed to happy music, sad music and no music. Then they were shown pictures of people of neutral expressions. The ones that were exposed to happy music perceived the faces to be smiling, and those who were listening to sad music perceived the faces to be sad. The simple moral is that the emotions of music are “cross-modal,” and can easily spread from one sensory system to another. A great thing to keep in mind the next time you’re facing a tense situation, play some smooth tunes to diffuse it right up! 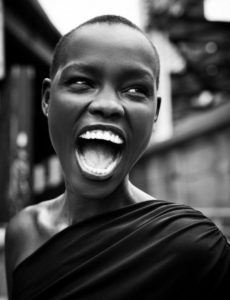 So the use of these different scales is what guides us through the emotional journeys in films and those tunes that pull on your heartstrings. Another theory is that music emerged as an early form of communication. Certain motifs in music may, in fact, carry some of the signatures of the emotional calls made by our ancestors; upwardly rising, staccato sounds tend to put us on edge, while long descending tones seems to have a calming effect, to give just two examples. Such patterns of sound seem to carry a universal meaning shared by adults of different cultures, young children, and even other animals. So perhaps music built on associations from ancient animal calls, helping us to express our feelings before we had words. As a form of “protolanguage”, it could have even paved the way for speech.

What ever the reason, we are yet to decode the mysteries of music and it’s tight grip around our heart. We can only make educated guesses, and of course, enjoy the ride!