In the deserts of Rajasthan, underneath the blazing sun and shining stars, we have one of the most memorable and well organised contemporary music and arts festival in India! It’s the time of year where the magic begins! 2017 just gets better and better, and honestly, what could be more exciting than the phase 1 line-up announcement for The Magnetic Fields Festival!? Finally, our thirst for a spectacular International and Indian Line-up will be quenched once more in the mystical  realm of the mysterious corridors and dungeons of Alsisar Mehal.

With Bira 91 joining in with the variety of other brands that show their love for this yearly property, their South Stage will be featuring Live acts with the sun above your head and the smooth green grass beneath your feet. Check out the line-up below!

A combination of techno, rock, jazz, house and ambient, this modern pioneering DJ and Producer from Britain (Kieran Hebden) is bringing his unique taste in sound to magnetize us all! Click here for more info.

North Carolina-born artist Travis Stewart, known as Machinedrum has been making dozens of albums all under aliases since the before the turn of the century.  All the way from field recording and vintage synth-laden Urban Biology to his seminal production and mixing of This Charming Mixtape with MC Theophilus London and his critically acclaimed 2009 album Want To 1 2? he has revolutionised the electronic music world for one and all! Check out his trippy website here !

Although still relatively fresh on the block, in relation LA’s constantly renewing beat scene, Mtendere Mandowa is a well weathered vet. With his trippy drum patterns and lush melodies, the perfect sound for a setting desert sun. 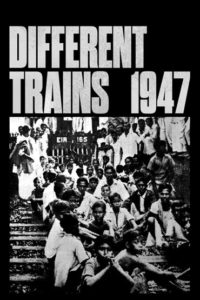 Keys man, Stefan Kaye rounded up a few of his musician friends to form the band in the fall of 2009, and the band has settled to include ‘The Late’ Nikhil Vasudevan on drums, Tony Guinard on bass, Delhi Sultanate on lead vocals along with Begum X and Chaz Bhalla on guitar. Setting themselves apart has never been an issue with this vibrant collection of musicians, they are considered to be the most relevant and exciting live music band to come out of India. They played a concert for 2,000 prisoners at Tihar Jail and after the release of their album XX have been touring the UK extensively at festivals like Womad, Boomtown Fair, Secret Garden Party, Wilderness Festival, London Mela, Lovebox, Bestival, Notting Hill Carnival.

Sid Vashi is a producer, composer, and multi-instrumentalist from Mumbai, India. After graduating with a degree in neuroscience and philosophy in 2014, Vashi decided to take some time off a career in science to pursue music.  With the help of visual artist Johnny Ganta, the world of ‘Azuma Kazuma’ has been brought to life through a marriage of art and technology that continues to develop and evolve. Together, these elements tell a story of fear, love, and the necessity for optimism in a stochastic universe. 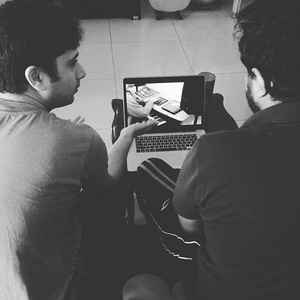 Aerate Sound is a Bangalore based AV duo made up of Joe Panicker and Naquash. Their live sets merge a sound inspired by the sample driven hip-hop/beat culture (think DJ Shadow, J Dilla) with video art and visual experiments to create a highly cinematic and immersive experience. They released their debut album Only For External this march via Consolidate, a Bangalore-based record label/collective.

After the sun sets and the inky sky is lighting up the millions of sparkly stars, the Red Bull Music Academy stage will turn up the heat and get those bodies moving. The time for dance will have come, and the showcase will have begun! 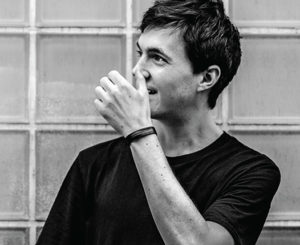 Having cut his teeth in early dubstep and drum ’n bass, his roots lie in UK rave culture – yet his selections cast the net wider, drawing new mutations of this culture into the orbit of house, techno and other global dancefloor sounds. Ben UFO founded Hessle Audio with Pearson Sound and Pangaea in 2007. He is one of the few DJs in the UK to make a name for himself solely as a DJ, without having entered the world of production.

Digging deeper into a more edgier and rougher sound with a hint of jungle madness, Special Request is the new rugged alias for house and techno stalwart Paul Woolford. From the pirated wavelengths of the UK get ready for a span from murky house through darkside techno to chaotic eye-of-the-storm hardcore/jungle tear-outs. The end results are incendiary. 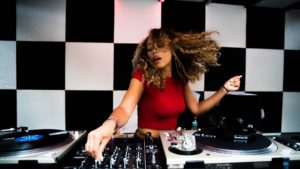 Jayda G is a Canadian DJ that moves back and forth from Vancouver to Berlin. As a music producer, she came out with her first release on the Australian label, Butter Sessions, in May 2015. Jayda G has also recently started a new record label project called Freakout Cult. She’s the one who won’t shy away from dropping the classics on the dancefloor! 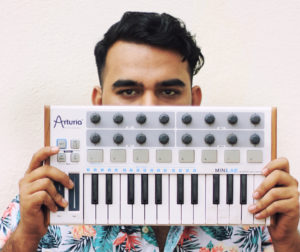 Our very own Stalvart John will be shaking up the dancefloor with his disco vibes and groovy beats! Having released his debut track with us, he has gone on to release music with labels like Mind Field Records from Germany on a compilation featuring the likes of Paul Hartnoll (one half of the legendary Orbital), Norwell amidst other established names. His latest release on Wind Horse Records has received encouraging feedback from Richie Hawtin (Minus), Miss Nine (Armada), David Marston (Wolf + Lamb) and many more. Having opened for acts as diverse as Bill Brewster, Thee J Johanz, Hamza, El_Texf_A, Sebastian Brandt, Dub Fx, Alexey Sonar, Sergey Shturman, Ankytrixx, Midival Punditz and many more, Stalvart has earned the right to be consistently talked within India’s bubbling dance music space.

This is the lineup they have unvieled so far, stay tuned for the Desert Oasis Disco line-up announcements!  We’re sure you are as excited as we are for the end of the year, and this massive party!