If you are into electronic dance music and if you are an observer of our little scene, you will see a vast change in the scene in the past two years. The electronic music scene in India is on a rise like never before. One of the main changes we can see is that more women are coming forward and started working in the industry. From festivals to club promoters are now trying to balance out the lineup. This led to the birth of Coven Code, a collective.

Coven Code is a femme collective that aspires to build a creative culture around sound. They hope to embrace diverse talents by creating a safe, inclusive and multicultural community. Their aim is to be inclusive for those that identify as Femme & Non-Binary.

Recently we had a conversation with the collective about various topics

1) When did you guys realize you guys want to start Coven Code? Who’s idea was it?

It happened organically after the Wild City Women in Electronic Music workshops at British Council. A lot of us seemed to be on the same page of wanting to see concrete changes in the music industry as per safety, sexism, and lack of inclusivity. So we started meeting on a weekly basis to come up with ideas. We were offered a gig at Auro though one of our members, Alpana, with Under The Radar. This event really gave us a chance to experiment with what we would like to see happen. From there we have solidified into a closer knit collective and continue to work on projects we feel align with our vision and mission. 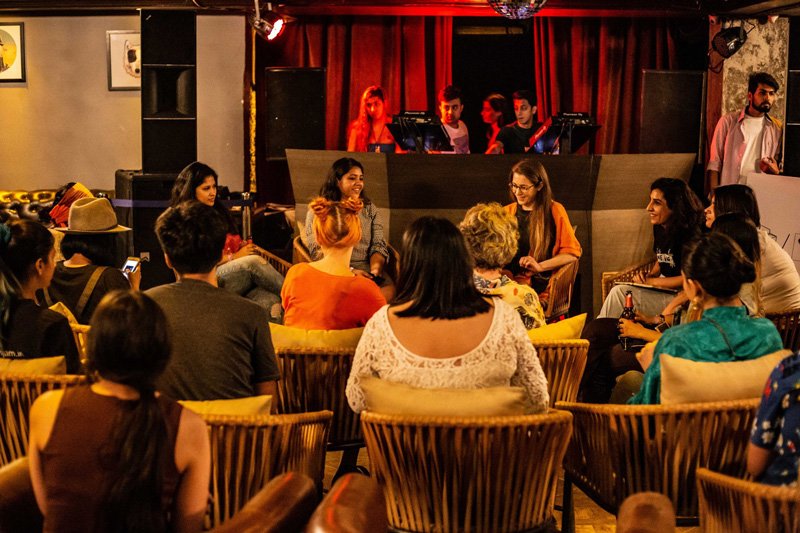 2) What code are you guys going to keep to make this Collective different from other female collectives?

We’re not trying to be different for the sake of being different. Our focus is trying to be as effective as possible in the work that we do. We are making an effort to learn from other female collectives that have the same challenges as us. We do however maintain a strong focus on being non-hierarchical and maintain a sensitive voting system for actions taken. We are also a very eclectic collective with members from a vast range of different skill-sets from architecture to policy making to radio, design, yoga and much more. Though our collective is focused on a “culture around sound”, we also have a mixed media focus through our channels and our events. This is shown through our fire-squad of visual artists, production team and VJs and also through the variety of skillshare workshops held by our members. We are also located in a geography that has its own politics around representation and inclusivity which might not be addressed by other collectives so that in itself brings in many new priorities. 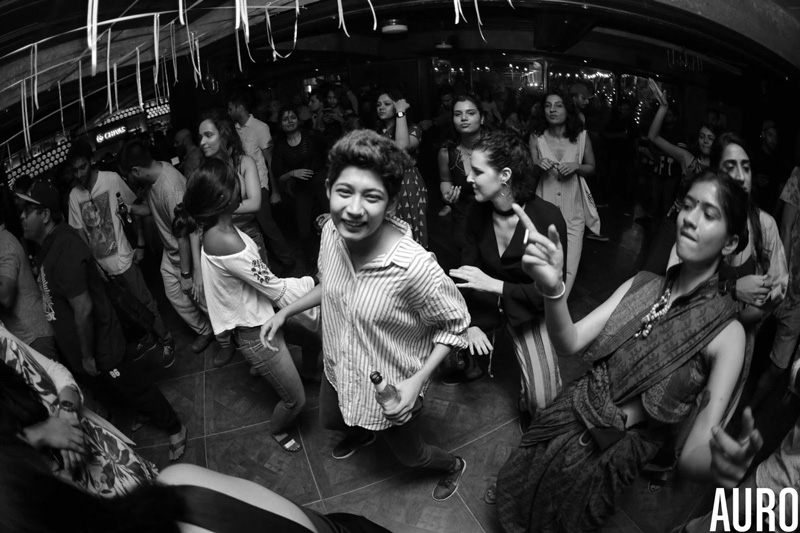 3) What is the vision of this collective?

Coven Code is a creative collective that aspires to build a creative culture around sound. We are focused on encouraging artistic expression for woman, especially in spaces that can be male-dominated, or inaccessible to womxn individuals. It is quite literally a code, a way of behaving that is based on equality, inclusivity, freedom of expression and the pursuit of art – whatever that means to each member. Together we aim to address the machismo and aggressiveness we often see within the nightlife industry in Delhi. Coven Code members come from different fields of work and experiences, including journalism, arts, social work, music, fashion, design, and others. We aim to build a growing network of women, queer people and allies in varied industries to collaborate and encourage a more inclusive culture. 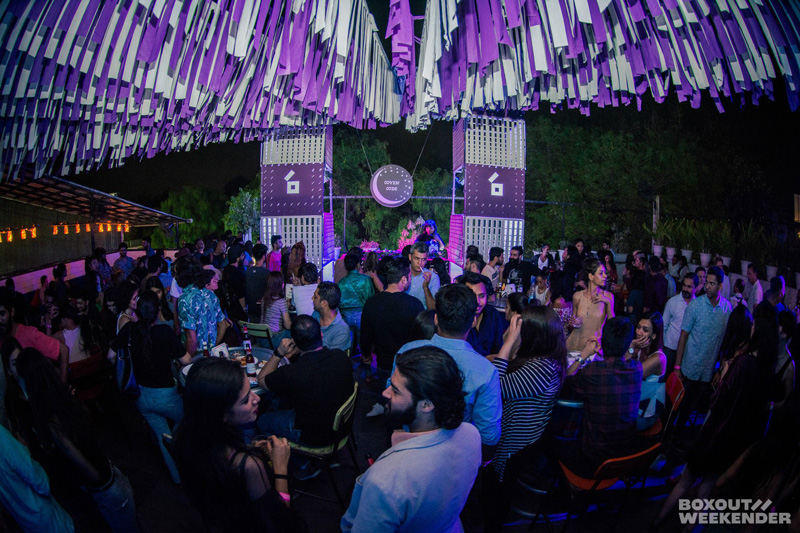 We want more women working in the nightlife industry, more women on working teams and event line-ups, not as “tokens” but as artists respected for their work. We are hoping to see an equal balance between men and women working in this industry and as patrons in the near future. We aspire to be more inclusive for those that identify as Femme & Non-Binary. Our events have a zero tolerance policy towards sexual harassment, unwanted touching, stalking and any forms of discrimination based on gender, disability, sexuality, race, religion or age. We are starting with the music and nightlife industry because that is the common thread that brings us together, however, because we all come from diverse backgrounds we hope to expand what we learn together, outwards into other industries.

4) How many members you guys have now in the collective ? Can you give us the details about the artist and their genre?

We currently have sixteen active members in the collective. Our collective is not just made up of DJs but also includes hard-working members in our Social Media, Design, Production and PR teams. Here is a list of each member: 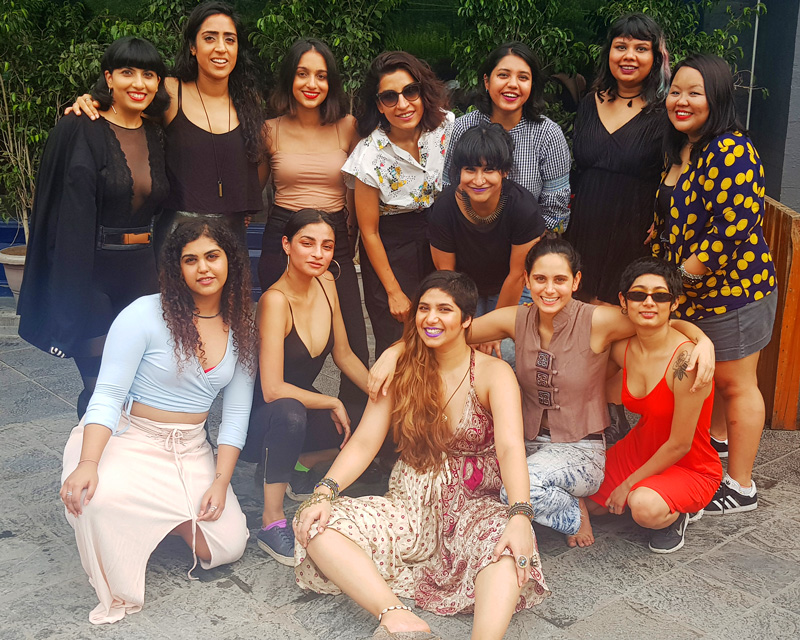 5) If someone wants to be part of your collective, how can they approach you?

We are open to and invite collaborations, however, we are not taking on new members at this time as we are working on building our own strong foundation. We have opened up platforms for guest artists to come and play at some events – such as Monita Wagma, Electrikuki, Crylighter and Al Mat who recently played at Summer House Cafe during our Boxout Residency in March 2019. For such inquiries, someone would reach out to us on Instagram (@coven.code) or email us at thecovencollection@gmail.com

1) There have been so many more women on the dancefloor/feel comfortable dancing at our gigs. We have personally heard positive feedback from the audience about this.

2) Many women have been vocal about how they are inspired by Coven Code and we have seen many more female DJs/producers come out in the scene in the last year. Many of these women have reached out to us for collaborations.

3) The metoo movement has been instrumental in calling people problematic out and we are very grateful for this. We wish to take this global movement forward in our own way by building on it to continue weeding out dangerous people and behaviors to make the nightlife more enjoyable, safe and inclusive for all. 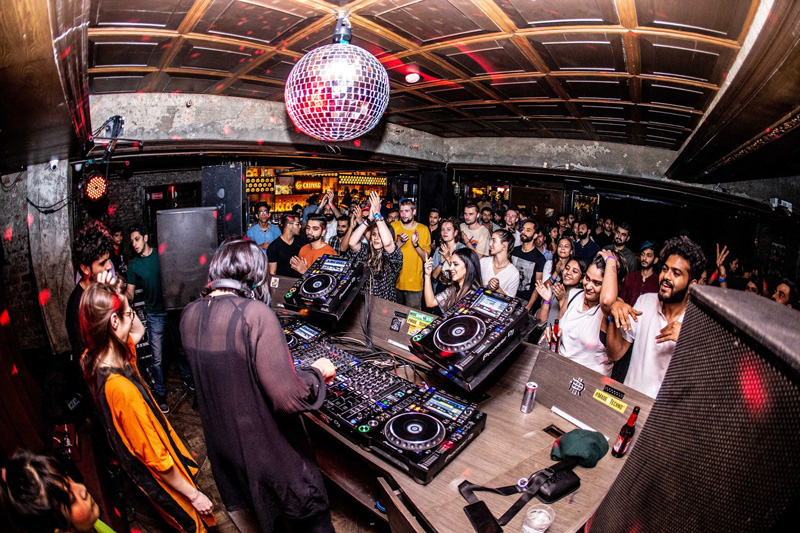 4) We have all seen more female artists being included in the line ups. Some womxn who have been in the industry have voiced that they now feel that it is possible for this to be a viable and sustainable career. There is also a growing dialogue around inclusion not just of women but also other genders and identities.

5) We have noticed more nights organised by female artists, more events focused on gender equality and more women talking about how to help each other. A good network for exchanging the information that used to be inaccessible is now in our reach.

6) Being a collective has definitely improved our visibility as women in music, which leaves programmers no excuse to not have females on the line-up.

The goals are many. We hope to do more international and local collaborations and build more independent interdisciplinary events. Some of our artists tracks and mixes are being showcased on international radio networks, and other programs. Some artist in the collective are leaning more towards production and some are working on outreach programs and building programs for skillshares, going beyond metro cities.

We have in this year collaborated with Auro as well as Warpcore for an event (“We Belong”), we had a stage at Boxout Weekender, and have been using local resources such as “The Live Room” to learn production, Sanj showcased our tracks on Femme Noise podcast (Toronto), and other members are on an exciting journey as independent artists. 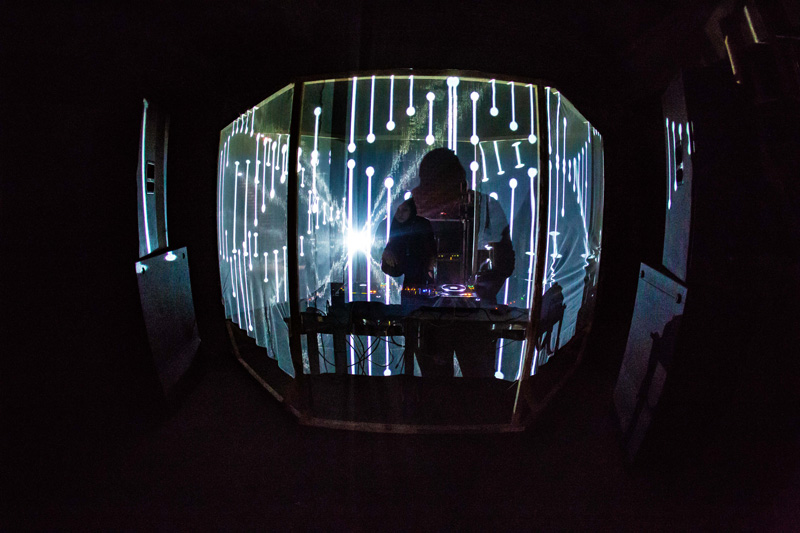 8) Have any suggestions to women in other cities who want to start a collective?

Reach out, connect with each other. Be vocal about what you care about. This will help bring together people on a similar wavelength. Once this happens it is important to collectivise around a common goal. Meet regularly is hugely important in organising well. Start small, start with the easy steps. But start. Put actions to words. Those who are keen on building a collective should locate already existing support structures, such as other collectives, music studios or certain established institutions that can give support. Having such support helps to manifest opportunities. Don’t overthink it. Just do it.