New Delhi based DJ-Producer Sanil Sudan a.k.a. FILM is set to launch his thirteen track eponymous debut full-length album in May via Qilla Records (India). FILM offers a cohesive 52minutes of ambient pads, zig lining techno and old-school breaks, while shifting gears towards amore songwriting approach. FILM, the self-titled debut, has been in the making the last few years with every track created round a memorable hook. Sudan explores the album format by shedding the dancefloor-read sonic identity while retaining some classic club cuts. 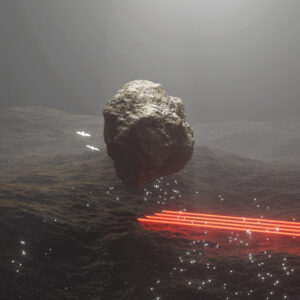 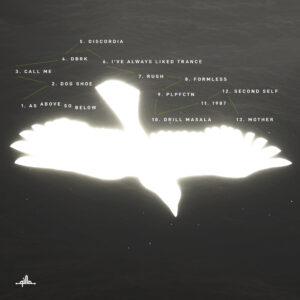 As Above so below
Nice intro. Love the strings and the panning FX. The feel is very calming and soundscape is quite elegantly designed. I could even use this as an intro to a set. I did not expect the kick there but it definitely adds suspense. Full marks on this intro.  There were no elements that were weird and popped out. I was able to get into a meditative flow while listening! This one is going in the bag to chill to and as an intro track for radio shows and gigs.

Dog Shoe
Nice Groove there and patterns. I like the bounce to this track and the bassline is def doing its job. The Pads in the background and the intro pattern are the stand out elements for me that make this track edgy! This is def a track that could be heard or played in a set. It has that multi purpose character.
Call Me
Liking the intro! The Deep Chords are great! The drum breaks that follow work very well. Nice organ too! In Addition to playing and programming nice patters, the choice of sounds are very tasteful. Its quite obvious that FILM has become a seasoned producer and is able to make his point without using too many elements. His work is to the point and his thoughts have clarity in them, which is always appreciated.
DBRK
Love the Minimal drum sounds here mixed with the Drum and Bass vibes! The Subs are killer! Like the Hats as well that come to push the groove.
Some of the darker sounds are not my thing here but overall i like the groove of the track.
Discordia
Love the sample in the beginning. Very clever and bold to use that! The groove is top notch here. Very smooth and hip! really like the pads and the subs. This track is something i could play in the middle of my set to take the audience to a different direction. Top Marks here! ACIDDD! Was not expecting this to come. Great surprise! This made the track stick in my head! I am def putting this tune in the DJ bag!
I’ve Always like Trance
I was expecting this track to have some old school and almost cheesy elements by the name but FILM has used these arps tastefully and the background rhythmic section is quite hip! Like that tabla lick there! Also like the four on the floor breaks vibe. FRESH!
Rush
The intro is just asking to be sampled! Very cool indeed! The groove is a bit busy for me but the overall vibe is edgy. What i appreciate is that FILM is not scared of taking risks and trying new things! I do not have to like every track, but i can see the creativity and thats what counts!
Formless
Love the harps! The haunting vibe and the theme of the vocal sample goes really well together. It makes the listener go on a journey here and experience an intense emotion accurately. The breaks that come in halfway are dope! Love this part and the percs.
PLPFCTN
Top Sample in the intro. Love the deep bass and the deep/funky chordy vibes. This track has a robotik funk feel and it def grabs the listeners attention. Love all the elements here. I would also play this in my sets. Love the vocal sample in the middle. What i like is that FILM has great arrangement skills. He knows when to bring in elements at the right time so the listener does not get bored. This one is going in the BAG!

Drill Masala
Not too much masala here in the beginning but around 2 minutes the track reveals itself fully and than i can appreciate and see the masala! Nice Soundscapes here and reverbs are also well used to create a top ambiance! Well Done!

1987
Super Sample in the intro! I was expecting a different groove here but i like the direction the track went. What i like is the range of sounds. The section after 2 mins is amazing! I wish he would have tripped out more on that vibe. Thats vibe is too hot to just leave for a minute. To be honest, that was the best minute of the album for me. I may have to remix this track for FILM and give justice to these amazing sounds he has created. lol!
Second Self
I am not really into such melodic sounds, but the track is well produced and the drums patterns are top!
Mother
Great Way to the end the Album! Full marks on this outro track. Haunting, dreamy and classy!
Concluding Notes
Impressed by FILM and his hard work & creativity! He took risks and put together many different sounds from different genres in a very classy and tasteful manner. I see huge potential for him in the future and i hope this album gets him the recognition he deserves. I can tell from hearing this project, that he is a fully seasoned and super talented producer with a lot to offer.
Buy/ Stream here – https://fanlink.to/QR088
Film, India, Qilla Records, Sanil Sudan