It wasn’t long ago when I came across the very unique cover arts of Jambutek’s EPs, and the first thing that did when I was in Sri Lanka for their label showcase was ask Asvajit(Jambutek’s Founder) : “I want to meet the person who made all those illustrations!”

Meet Ruwangi Amarsinghe, a coy but superbly talented illustrator, who throws light on how important it is for Record Label’s to give more importance to their cover art as she believes that any cover art is the first impression you throw on your listener. Read for more info on her and check out her work: 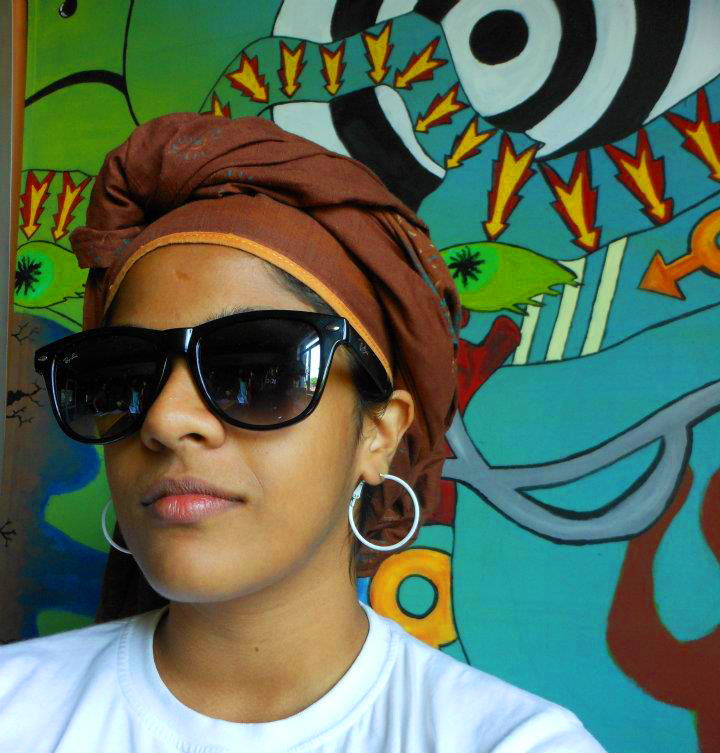 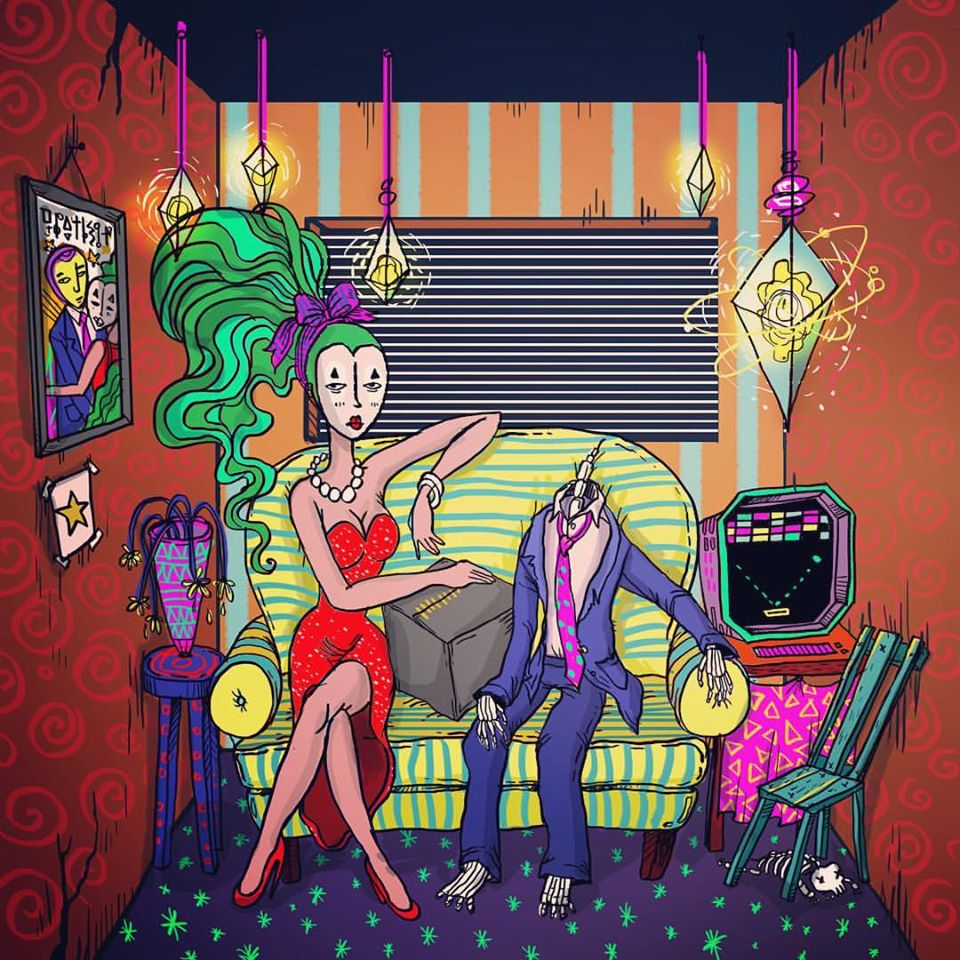 1) How did you end up illustrating for Jambutek? Do you personally feel passionate about underground music in general?

I have known Asvajit, the founder of Jambutek, for over five years now. We have been very close friends, throughout this time. We have always enjoyed working together and we found that each other’s work inspired us. I have supported Asvajit from the beginning and seen Jambutek come to fruition.

It was through meeting Asvajit that I was introduced to underground music, in general, and it was through his passion for his music that I found the excitement behind it all. After that, I have explored the local underground music scene through events such as Pettah Interchange. Externally, I’ve been to clubs in Berlin and even painted a mural at Kater Blau. The highlight was when I attended Fusion Festival.

2) How important do u think an artwork is for any release? Do you listen to tracks first and resonate those feelings in your illustrations?

The cover art is what draws a listener to click on a track, so, I think it is very important to make it stand out. With Jambutek, we like to use big bold colours and exaggerated illustrations that are usually derived from the title of the track.

3) Your style is inclined toward animated animals. Where do you derive this inspiration from?

I have grown up surrounded by many pets, and, as such, I have always related better with them. And, though fascinated by the human mind, I find it easier to represent some of our emotions and behaviors through animalistic characteristics. 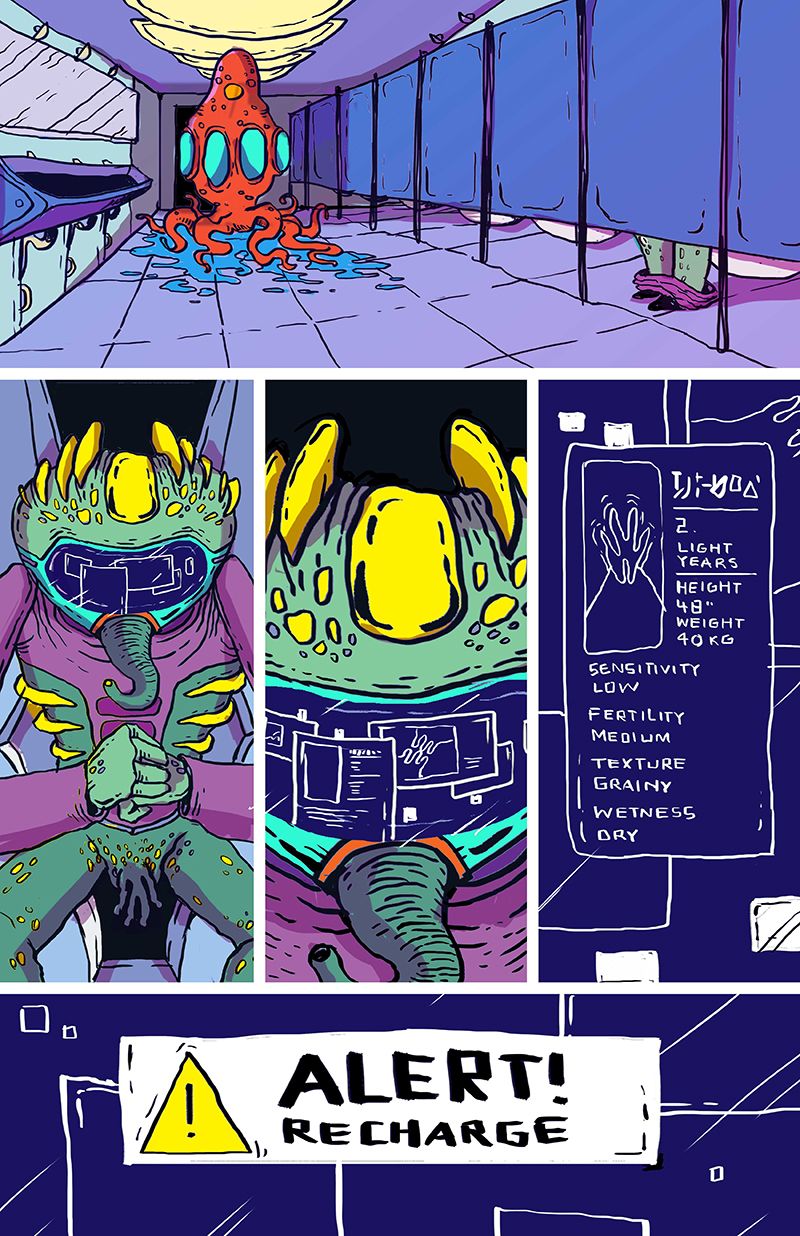 4) How much time does it take for you to complete the artwork for an EP.

I can finish one in a couple of hours if inspiration strikes. If not, it takes a bit of back and forth to nail a sketch down.

5) Is there a lack of understanding in the music business that Artwork is as important as a release or an event? Not much people pay heed to designing details, thinking its not that important. What is your take on this?

Yes, I feel that there is a lack of understanding. A lot of young local music makers tend to make a cover on their own for their tracks. They tend to use images and artwork downloaded off the internet without much thought as to where it comes from or where it goes. I have come across some of my own illustrations being used without my consent as album covers by a handful of people. Jambutek is the first of it’s kind, locally, to actually care about this issue and make original covers.

6) What is favourite artwork till date?

Of the Jambutek artworks, it would have to be the drooling dog. It was originally created as a gift for Asvajit’s birthday, which he insisted on using as a cover. Besides that, I have been very much enjoying a series I have been working on, called The Space Motel, which talks about the somewhat tragic lives of the individuals who inhabit it. Find it here thespacemotel.com

7) What would be your advice to upcoming Illustrators?

Practice is the key thing when it comes to improving your work. Draw every day, if possible, even if it’s a simple thing. This has been something I myself have been trying to exercise daily, as I tend to get lazy and neglect my skills. But, the only way to get better is to make LOTS OF ART. When I look back to the work I was making a few years ago, I somewhat cringe in embarrassment. But, eventually, it will pay off and you will see how much you have improved yourself.

8) What is your next project and could we have a sneak peak?

I just started working on an independent comic series called TRANSIT, together with writer/musician Imaad Majeed, who is writing the story, illustrated by me. We are still working on the first chapter, called Rothko. The series will follow conversations and chance encounters of alien beings meeting while in transit at an inter-dimensional multiverse transit terminal during their travels across space and time. The stories will explore existential and cultural crises.

The story can be subscribed to here – tapastic.com/series/transit