I heard a track called Monkey Wrench many years ago and fell in love immediately. This track was made by Detroit Swindle and was very special indeed for me as the chords and the use of analog sounds really got to me. At that time no one was really combing Deep, Jackin & Disco Vibes with such groovy elements. Jackin House has always been around but one does not hear the use of too many analog sounds in those productions as its more sample based. In this case i found influences or more underground sounds that were incorporated to create a familiar, but fresh sounding genre. In the last few years, it has become clear that “Detroit Swindle” is one of the top production duos in the House Music Scene and their live performances have also won them much respect. I have listed my favorite tracks  and i encourage you guys to check them out if you don’t know them. They have really pushed the production standard as they are sampling, playing, recording artists and using analog gear and the works. Its not just sample based music or just synth based stuff. Its a combination of so many influences, that the records sound super musical but groovy and tough at the same time. To me, this is a huge achievement and it should be celebrated more and more as its given producers like me more to look forward to and a higher standard to achieve in the studio. Bravo Guys!!

My favorites tracks of Detroit Swindle –

Detroit Swindle was formed in 2011 by Lars Dales  and Maarten Smeets . It all started after Lars – who was programming a few nightclubs in Amsterdam – had to fire Maarten for playing too much underground music. They started talking and found out they had a mutual love for Motown, hip-hop and early house music. Not long after, they started making music together and the rest as they say, is history.

When trying to define their ‘success’, it’s hard to pin it down to just one thing. Perhaps it’s their talent to find that typical groove that has been so widely acclaimed. Or maybe it’s their ability to connect musical styles spanning over more than 5 decades (and continents) into their sets and productions in such a way that you’re always curious to hear what comes next. Or could it be because they’re always on the move, searching for that new thing to challenge themselves in their productions and live sets. Whatever it is, it’s keeping them rather busy. 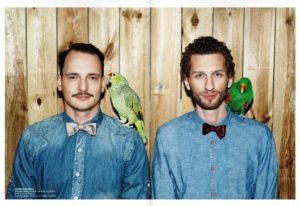 Not surprisingly, staying busy is exactly what they’re doing with their label, Heist Recordings. Maarten and Lars are constantly on the look out for new music and that one promising artist that they feel needs to be heard. Though Heist saw it’s very first EP only back in 2013, it already has become the go-to label for many A-list dj’s.
It has released a wide variety of exciting EP’s by a.o. Fouk, Nebraska, Max Graef, Nachtbraker, Adesse Versions, Frits Wentink, M.ono, Obas Nenor, Andy Hart, Brame & Hamo, and of course Detroit Swindle themselves. They’re working hard to give Heist that unique edge with the artists they work with, the artwork they put forward and the special projects they have on the label such as the yearly Roundup EP, a tradition where every artist of that year remixes another artist, effectuated by the luck of the draw.

The boys are as much enthusiastic record diggers and synth hunters as they are lovers of modern day electronic music. With their position as curators of the Amsterdam house playlist for 22tracks they share their love for house music. This also goes for their own club night they’re hosting with the label at ‘Claire’, the new club of the infamous Disco Dolly crew. Heist label showcases pop up across the globe as well, at some of their favourite spots such as Concrete in Paris or Prince Charles in Berlin.

Detroit Swindle have been playing live shows right from the get go, and have expanded their setup ever since. Currently, they’re touring with an extensive setup of analogue and digital instruments and they’re bringing an additional key player with them to be able to perform their own music, unexpected covers and improvise on the spot.