Hamza Rahimtula, founder of India’s first house label, Wind Horse Records has announced a collaborative album with UK based Loopy Juice, otherwise known to the world as Tarsame Singh Saini or Taz of the Stereo Nation fame. The album features 10 slabs of funk that take inspiration from over across the globe and gracefully blend together House music and native Indian instruments. 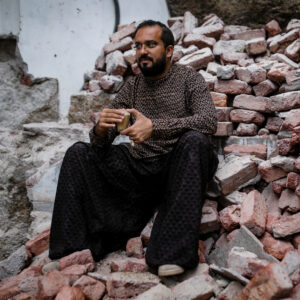 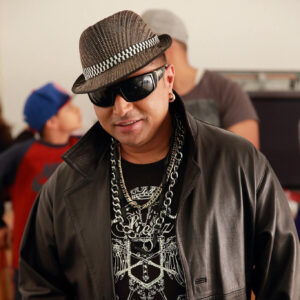 The groundwork for the album was laid back in 2009 when Hamza was introduced to Saini through a mutual friend after which Saini invited Hamza to spend some time in his Birmingham studio. “Initially we tried to make more radio friendly tunes, but soon realized we had a totally different vibe going on,” says Hamza. Further he adds, “The vibe was more edgy and underground and geared to the dance floor. We had a chance of experimenting and creating a more funk oriented house sound, which we were both itching to do, but never really had the chance to.”

The chance to collaborate came as a complete surprise to Hamza. “I still have no idea how Taz gave me the opportunity to work with him.”Considering Saini’s history with multi-platinum pop act ‘Stereo Nation’, Hamza had an opportunity of a lifetime to learn from a maestro. He goes on to add, “The way he would bust out his hooks and his spontaneous vibe was just so inspiring.” While Hamza had just started honing the art of music production back in 2009, he managed to create raw ideas and record parts from Saini.

The album opens with the title track, ‘Giving It Up’ which is an absolute groove powerhouse followed by a body of funk-infused deep house scattered with world music reflecting New Delhi roots. ‘Soumba Soumba’ the second track on the album has already made its way into Mixmag Asia’s Audio Asia series for its “irresistible groove” where, “The sound is held down enough to appeal to dub-minded selectors, weighted enough to move the floor, and blessed with enough sheen to radiate light in the chicest of cocktail bars.”

Tracks like ‘Delhi 2 Paris’ speed up into looping disco-house energy while ‘Ego Invader’ strips back into a simple drum-heavy intense number. ‘Namaste Rio’ brings flavours of psychedelic while ‘Let the Music Play On’ has jazz keys and a bass-heavy groove. Finally, ‘Living It Up’, much like it’s ‘Givin It Up’ counter-part is created purely for dancefloor energy.

Hailing from New Delhi, Hamza has attained a reputation as a pioneer of the house scene in India and one of the more innovative and exciting producers today. Hamza’s diverse international sound is influenced from his strong musical background as well as growing up in India and traveling the world, living in Paris, Boston, and New York. Soon he found a unique style of house music combining deep, tribal, and funky sounds with strong world music influences. Hamza is quickly becoming an important and influential talent in his own right. Through Wind Horse Records and his inventive east-west fusions Hamza is working to bring the world closer to his listeners, one beat at a time.