Nevermore than often do we get to celebrate a force in all their glory, for paving the way for the next generation by doing something so extraordinarily out of the box that it becomes
legendary. Celebrating one such luminary from our colloquial musical familia is the Beast From the East, as he’s widely referred to, Sanjay Dutta. Putting in three solid decades behind the decks, Sanjay has been a requisite part of the constitutive framework of the electronic music fraternity of India. A noted figure, Sanjay made the very unconventional underground music a huge fad back in the days when people were just getting used to the newly introduced clubbing culture in the nation. 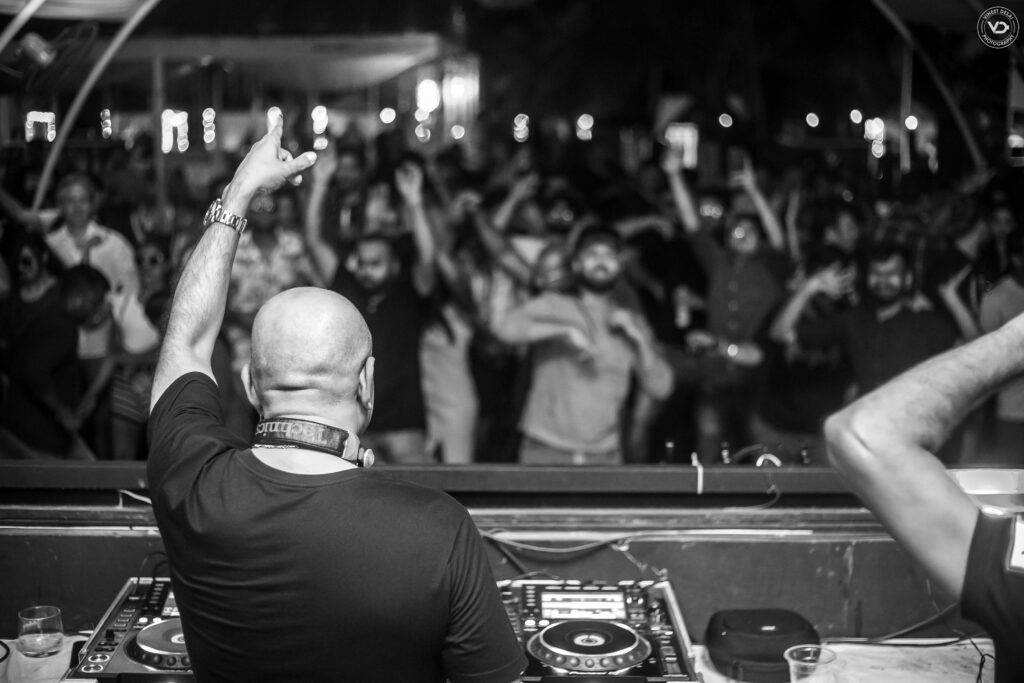 “Of course there was not much happening back in those days, especially in Calcutta where I am from. A career in DJ-ing was never heard of, let alone pursued. I was always a huge music enthusiast and would collect cassettes back in the early 90s. My collection was mostly Rock ‘n’ roll, disco, and some Bollywood hits at that time”

Sharing the memory of his first gig ever he told us, “soon some clubs started opening up and gradually there was a demand for DJs. As far as I am concerned, I became a DJ by accident. I went to a friend’s party, played some cassettes and everyone had a really good time. From there I got my first gig at the Calcutta Swimming Club every Saturday Night.”
Soon after places like Incognito, Someplace Else and Anticlock started opening up in Calcutta. “At that time we used to play on the technics double cassette decks. Everything was super analog! We would carry a huge bag full of cassettes for every gig, unlike today where things have become so digitally compact that all you need is one flash drive!” he adds
jokingly. 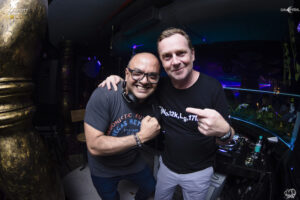 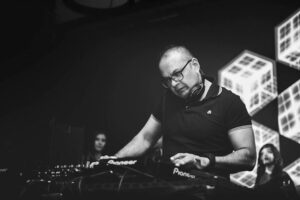 “Slowly while circuiting the scene I was introduced to some underground music. The more I delved deeper, the more those sounds intrigued me. Of course we did not have access to Internet back then so I would save up all the money I was earning to travel to Singapore in the late 90s to buy records. That’s when I discovered and was inspired by the likes of Carl
Cox, Paul Oakenfold, Danny Tenaglia, Junior Vasquez, Danny Rampling, Josh Wink, Sasha, John Digweed, Dave Seaman and their contemporaries. Also around this time I was lucky
enough to have friends who would travel to Europe and get me Asian underground CD compilations, which lured me more towards electronic music. I then started travelling to
London about 6-7 times a year to buy more and more music.”

Sanjay remembers these days like they happened just yesterday. After the age of the Internet, things gradually started getting better and easier. “Although the speed used to be
super slow and sometimes it would take 2-4hours to download one song, it was worth the wait. Times were changing and we could feel the transition happening around us.” Check this repeat: The 90s saw a major shift in the clubbing culture of Calcutta, as we know it. With more and more clubbing spaces popping up in the city, gradually people started, if not at first accepting, but recognizing electronic music, which soon became a major fad. At this time Sanjay became one of the most well-known and influential figures of the electronic music community giving the whole commercial whereabouts a more subterranean meaning by becoming the first underground DJ of Calcutta.

In the early 2000s, Sanjay started travelling all over the country to play his music. He would mostly travel to cities like Bangalore, Chennai, Mumbai and Pune. 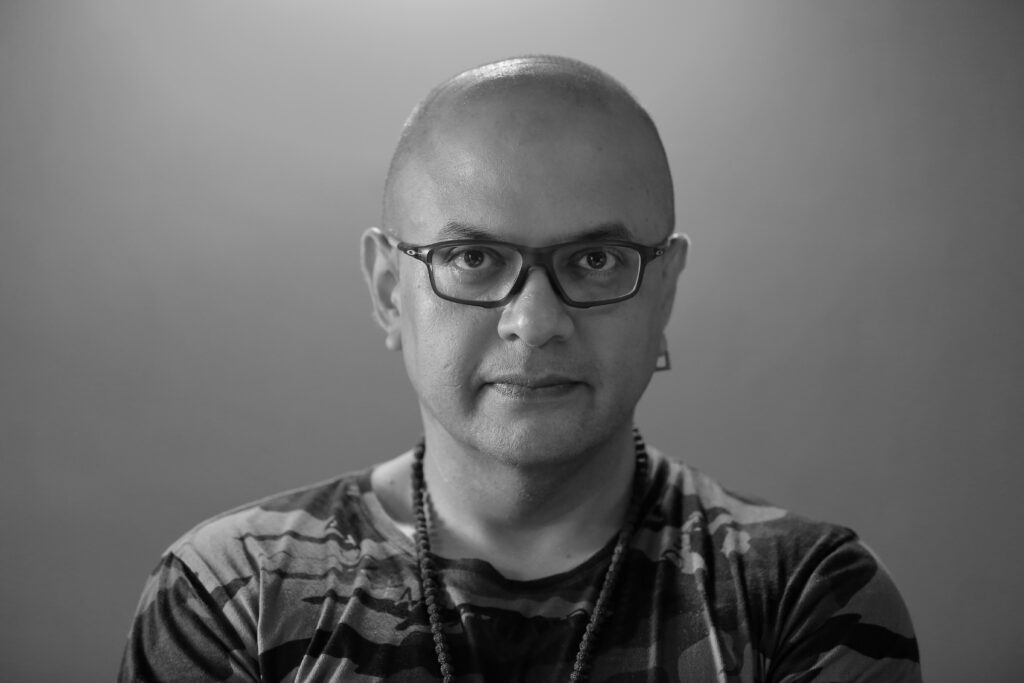 “I started getting bookings in other cities and it was and still is one of my most favorite memories. That time was very different than now. We would rage all night and shut down clubs at 6-7 am, sometimes 9 am! Would be safe to say we were living the life!”

When asked about how the scene has evolved from then to now, Sanjay said “Till social media came into the picture, the scene was at its purest! The focus was unalloyed music
and nothing else beyond that. Now it’s more about the hype and who has more followers on social media.” Although for Sanjay music was his first love, he also took charge of his
family business. On being asked whether he misses something from the 90s era, he said “Not really, because I think of myself as a very adaptive person. I have evolved with the music and technology for almost 3 decades now and hopefully will continue to do the same in the future. I still love going out and love meeting new people. Newness excites me! “He chimed. “ I knew I wanted to do music all my life. I was very clear about it since the beginning. I knew that would involve a lot of evolution and adaptation but I was ready for it. Music is my food!” 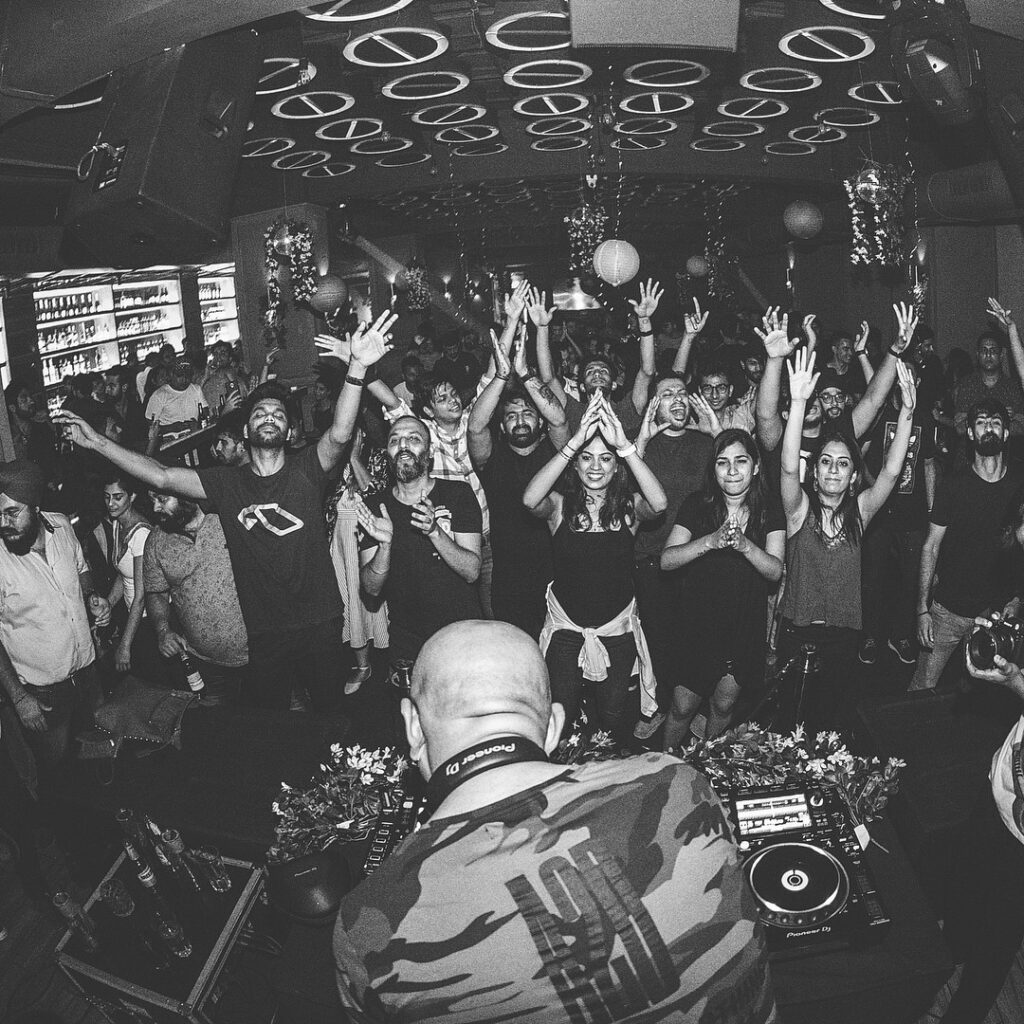 In around 2010 Sanjay also co-founded the noted Coalition Music with fellow artist and friend from Mumbai DJ Beat2. “Opening a label is not an easy task but it was something that
I wanted to do at the time. Eventually I couldn’t find enough time to have so much on my plate so I let go of that part but Coalition will always be very close to my heart!” From our conversation with Sanjay we could definitely conclude an aura that has been dedicated toward the reckoning of the underground music scene in India. Lastly Sanjay has this advice to give to youngsters that are looking to make a career out of electronic music “

You need to be patient, consistent and do everything with a good heart. That is most important! Your music resonates your vibe and having a good heart will automatically
translate into your work.” 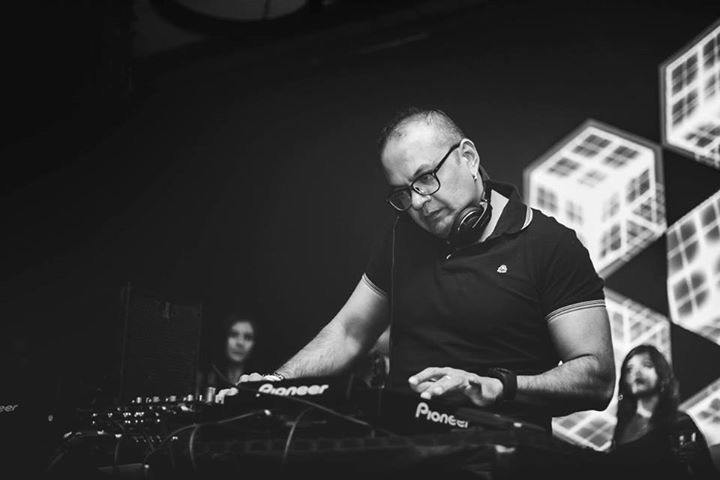 Here’s wishing Sanjay a super 30th year spinning love for us and showing us a way of life like no one else. Cheers to him and we wish him love and luck decades to come.