The sweet vibrations that permeate through the room when a vinyl record is being played are something one can’t replicate through digital sounds, regardless of how much vinyl distortion you add! The smooth, yet powerful sounds scratch that itch you didn’t even know you had. So when Amarrass Records started pressing their very own, here in India, we couldn’t help but let out a long awaited cheer. Other than releasing warm tunes of their unique and traditional sound, they are a multi-faceted record label, artist management, booking and events company with 11 albums released and world-class artists on tour in 2017. 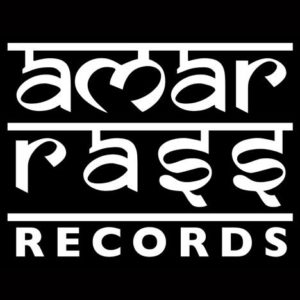 We got in touch with Ankur Malhotra from the ground breaking crew and asked a few questions about the exciting development. Here they are!

Q) What inspired you guys to start making vinyl’s?

We have always been into vinyl and LPs, as our preferred medium for listening music. So it was a natural thing for us to release our music (Amarrass Records) in the format. In fact, the first album on the label, released back in 2010, was also issued on audiophile quality 180gram double LP. We had the record pressed in the US, and it turned out to be a big learning experience for us. Primarily, that for a small independent label, access to the few remaining pressing plants in the world was extremely limited, with high minimum order quantities, and long waiting periods to receive the final product. It started the quest to find a more practical solution to release limited edition, small batch quantities of vinyl in India – a market that is still very much in the nascent stages of development. 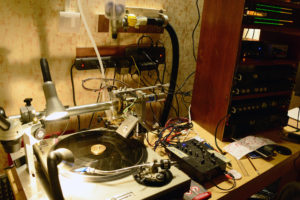 Q) We’re sure it’s a tough process, but could you share a summary with us?

There are several aspects involved in the production of vinyl. It is a mechanical process with a cutting lathe inscribing the analogue signal on the PVC. There is physics and geometry involved, calibrating the machine, and the manual steps to prepare the blank PVC for cutting, the lead-in and lead-out grooves, etc. There are audio engineering, analogue mastering and sound monitoring aspects involved. Then there are the aspects of the album artwork, jacket designs and production. It is a very time and detail oriented process, but the product of this labour sounds sweet! 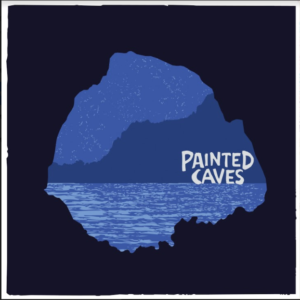 Q) Were there any hurdles when it came to bringing the materials together and the process of production?

It has been a long road to get to this point. It has taken us some years to find the appropriate machine and technology to enable small batch vinyl cutting, to get ‘vetted’ by the inventors. And then there was the intense 16 hour marathon training session in a remote village in Germany in sub-zero temperatures this January, where we learnt the basics of operating the machine and disassembled it, to put it back together in February in Gurgaon! Of course, shipping the materials to India also created its own set of challenges. We also ended up transforming a small space in Sushant Lok into our workshop, with conditioned power supply, sound insulation and dust proofing.

In India, we have had to develop the ecosystem from the ground up! Everything from making the album jackets, inner sleeves, to the printing, to importing the raw plastic PVC blanks, spare parts, you name it!

We have spent the better part of this year gaining a deeper understanding and knowledge of the machine and operating parameters, testing, evaluating raw materials from different sources, and making lots of records! It has been a steep learning curve, but the outcome has been rewarding! Amarrass released three titles on LP on April 28th in New Delhi – Albums by Barmer Boys, Lakha Khan and the Palestinian-American band Painted Caves. 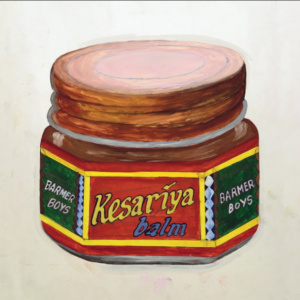 Q) Amarrass Records is a pretty interesting name, what was the idea and inspiration behind it?

Amarrass is a joint word formed from ‘Amar’ – eternal, ‘Rass’ – the essence, conveying in a sense the eternal nature of music on the label. The name was conceived overnight over a phone conversation between Ashutosh and I (long time friends, and co-founders of the label) back in 2009 when we decided to start a record label. The inspiration to start the label was in a sense borne out of sheer frustration with the Indian music scene, the way it was presented, and perceived, and the scarcity of quality non-mainstream (read all other music genres other than Bollywood) music to listen to and experience live.

We headed into the desert to do our first set of field recordings in December 2010, right after the launch of the label with the LP release and concert in Purana Qila in November 2010. It was a quest to find some of the living legends of folk music from India – the ‘blues-men’ of India, and to discover raw new talent. As ardent lovers of the Delta Blues from Mississippi, we were familiar with the field recordings and archival work of Alan Lomax from the 1920’s and 30’s in southern U.S., and influenced by his approach and enduring legacy of historic recordings.

Q) What are your plans for the future?

With the release of the first batch of LPs, we are busy fulfilling album pre-orders, as we start making more copies of Barmer Boys ‘Kesariya Balm’ for their Europe tour this summer, Lakha Khan’s ‘At Home’ recordings for release on May 27 at a concert in Delhi (Lodi-The Garden Restaurant), and a batch of Painted Caves LPs has already made its way over to the U.S.! The next batch of records will include single-take, analog field recordings, an album by the late Padma Shri Sakar Khan, Amarrass Terrace Sessions, and live concert recordings of Vieux Farka Tourè and Bombino from the Amarrass Desert Music Festival in 2011/2012.

We plan to issue 10”, 7”, 180gram, coloured vinyl and more! Also in the works are special edition records with original artwork, picture discs, and customized specialty records – e.g. a wedding invitation on a phonograph, with customized artwork, audio message and a wedding song! 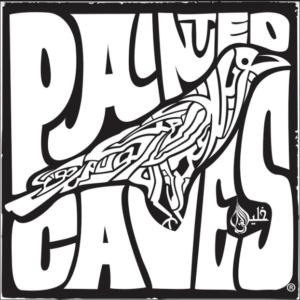 Q) Are you only going to be producing vinyls for your label?

Our initial focus is on music and artists on the Amarrass label, and we already have over a dozen titles in the production queue! That said, with Amarrass’ one-of-its-kind facility in India, we hope to work with select artists, labels, managers and organizations on special projects. The response has been overwhelming, and we hope to have details regarding costings and timelines very soon (well not until this September!). Artists interested in releasing dub plates and small-batch vinyl will definitely be interested in what we have to offer.

Why records? Since the early 1900’s, records have been a mainstay of the industry and have outlasted other mediums and formats for audio reproduction/playback, including the cassette tape, 8 track, reel-to-reel, and CDs. It is perhaps the only medium that delivers superior analog sound with a warmth and tonality that audiophiles and DJs rave about. Then there is the beautiful album artwork and jacket designs, that make it a tactile listening experience. Vinyl finally enables us to present our archive of field recordings, live concerts and studio sessions in high fidelity – bringing the listener closer to the natural sound captured in the recordings sessions.

Q) Who all have a hand to play is this groundbreaking development in the Indian music industry?

I think everyone in the industry needs to play a part. From the DJ’s who spin vinyl, to the labels and artist managers to use the medium to gain new fans, and access new markets, to the listeners to finally rediscover music, and the warmth and punch of analog sound on vinyl!

Check out their ITUNES STORE