The first time I heard some of Mihai’s tracks was in 2014 in Goa at a bar called “The Chronicle” where the resident was playing after me during a sundown session. He played 5 Mihai tracks back to back and all of them were really tight, consistent and all deep tech gems. Obviously at that moment I went and asked the DJ who the producer was and than I finally got the name of “Mihai Popoviciu” from Romania. Later in 2016, I was playing at Caserhof Festival in Basel in France and Mihai was on the line up. I went and saw him perform and finally I was able to get a proper feel of his music in an intimate and perfect setting. There were 300 people on floor and the vibe was magical. I heard the track “Continuously” which is a collab between Mihai and David Delgado and I was blown away. The groove of this track was so delicate and so to the point that it gave me goose bumps, especially when you hear a gem like that on a super sound system. I really got influenced by Mihai’s deep tech style and since than i have tried to also incorporate that feel in my own productions. What I personally love about Mihai’s tunes is that he is able to play with synths and do melodies as well, but not in that cheesy way that one finds in progressive house, but in the prefect subtle way with class. This is very difficult to do in deep/tech house but he manages to pull it off in flying colors. Just enough to pick the track up and give it intensity but still keep the tough grooves. No Compromise in anything! I think this is very difficult to do as it shows the taste of the producer. You cannot learn these things in school or by someone explaining on you tube or even a friend. Taste can be developed but usually it is innate within the bones and DNA of the artist. We are trying to invite Mihai to India to play with us for the “Wind Horse Experience” in October. Exciting times ahead! Respect to you Mihai! Keep it going Mr Popoviciu!

My favorites tracks of Mihai Popovichiu – 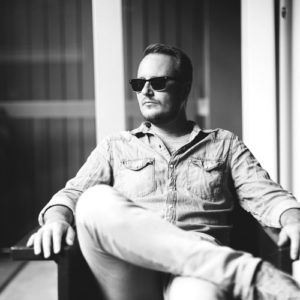 Artist Bio
Mihai Popoviciu, from Sibiu in Romania, is considered one of the most innovative eastern European producers of electronic music today. He was born in Romania in 1981 and was drawn to the fast-growing rave scene of the 90’s. He started producing music in 2001 being influenced by the techno and house virus and it took many years of experiments until he came up with his first vinyl release on DJ Hell’s imprint Gigolo Records in 2005. Since then he has steadily added chapters to his personal success story with solo projects and those with partners like Markus Homm or Jay Bliss. In June 2007, his EP “First Contact” was released on Pascal Feos’ label Level Non Zero Recordings. Mihai joined the Highgrade family together with Markus Homm in late 2007 and from then on the duo have had several successful releases on the Berlin based imprint like “Deaf Sniper”, “Lagoon” or “Urban Ballroom”. In 2009 the discographic activity of Mihai got very intense with releases on highly respected european labels such as Fear Of Flying, Hudd Traxx, Bang Bang or Diynamic. The club hit Bis Co (produced together with Markus and Jay Bliss) was featured in all major dance charts across Europe and confirmed once again his fine producing skills. When teaming up with Jay Bliss the duo call themselves Hermannstadt Collective, a dj and producing team that has made big waves on the dance floors all over the world with tracks like “Raw Fruit”, “Thirst Day” or “Safety Match”. Mr. Popoviciu is the kind of producer that likes to innovate and to always refine his varied sound palette surprising the audience in the best way.
It’s not a big surprise that Mihai’s reputation as a DJ grew fast in the past years taking him to Europe’s most important clubs and venues. His flavorful dj sets have a distinctive personal touch delivering you a perfectly balanced mixture of groovy beats, warm pads and musical emotions that will get you addicted.