Locals DISTRICT has since its debut in 2018, come to be recognized as one of the most exciting 3 days celebrations, making it India’s only none of its kind music festival. Conceptualized with a mandate to showcase diverse, future-facing sounds from India and around the world, and shine a spotlight on homegrown talent, Locals DISTRICT returns for its third edition from February 21-23 at the enchanting 18th-century castle, Bara Bungalow Kalwar. 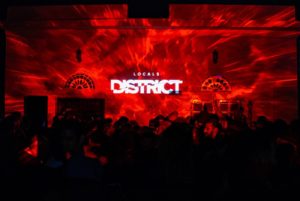 Locals DISTRICT represents an exciting vision of modern India, and its focus is as much on curating top quality music as on introducing new experiences to attendees.

Other highlights include sets by Rohan Sable and Hamza at the tropical pool stage Aruba.

Tickets for the festival are available here