I came across Hot Elephant Music last year when my friend and manager asked me to make a track for a compilation called “Indian Tech Xpress” which was coming out on Hot Elephant. I had heard of Alexander Robotnik a few years ago as he had played at Future Theory Festival in India. Even though I was not able to catch his set, everyone was talking about him and this made me very curious. When I came across the youtube videos of his analog session outfit with Ludus Pinsky, I was blown away! It was just out of this world and I really wanted to be part of what these guys were doing. I started digging through the catalog of the label and found so many gems there. I have only mentioned 3 in this article, but there are way too many to list here. What I like is that there is an acid feel to the label and also you have disco elements, deep elements and techno as well. The amazing thing is that it also sounds like it connects and this to me is an amazing achievement. These days labels are so focused on just one genre and it seems like they are scared to go beyond what they know. Sometime this is useful and the listener know what to expect, but then the element of surprise is lost. Hot Elephant should be a case study for me to exemplify how one can combine so many sub genres and stand for one sound. I feel blessed to be part of the label and to those of you that don’t know it, I recommend that you give it shot. No matter what genres you like, you will find something there for you.
My Favorite tracks 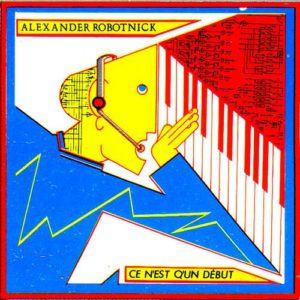 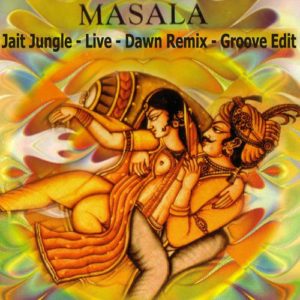 In 2002 H.E.M. released “Oh no…Robotnick!” produced by A.R. in collaboration with Max Durante. In October 2003 H.E.M. published “Rare Robotnick’s” a collection of vintage tracks of the author. “Under Construction” by Italcimenti dates 2005. “My la(te)st Album” dates 2007 and “I’m getting Lost In My Brain” dates 2008. All the albums above mentioned are available in CD and digital format.Please check out H.E.M. records at DiscoGS.

From 2009 Hot Elephant Music gives up producing CDs and start to release its album exclusively in digital format. The following albums are available at major digital stores: “Jait Jungle” by Masala – “Ce n’est q’un dèbut” (the first seminal album by Alexander Robotnick”) – “Don’t Go” (the re-issue of the E.P. by San Giovanni Bassista) – “Fischio” that includes remixes by The Model, Guglielmo Mascio, Kompute, Alex Zelenka, Louis Guilliaume and Praxis. – “J.B. Is Dead”, a track by A.R. inspired by the famous funky singer James Brown. – “Nothing Is As It Appears” by Ludus Pinsky – “A Boozing Day” by Indulgence – “Love Supreme”, a re-issue of a track by G.M.M. featuring Stefano Cantini – And finally the “Robotnick’s Archives” serie. Latest releases are: Vivaldy, 97 Bad Masters, Italcimenti, The Analog Session, Alexander Robotnick (Music For an Imaginary Club)